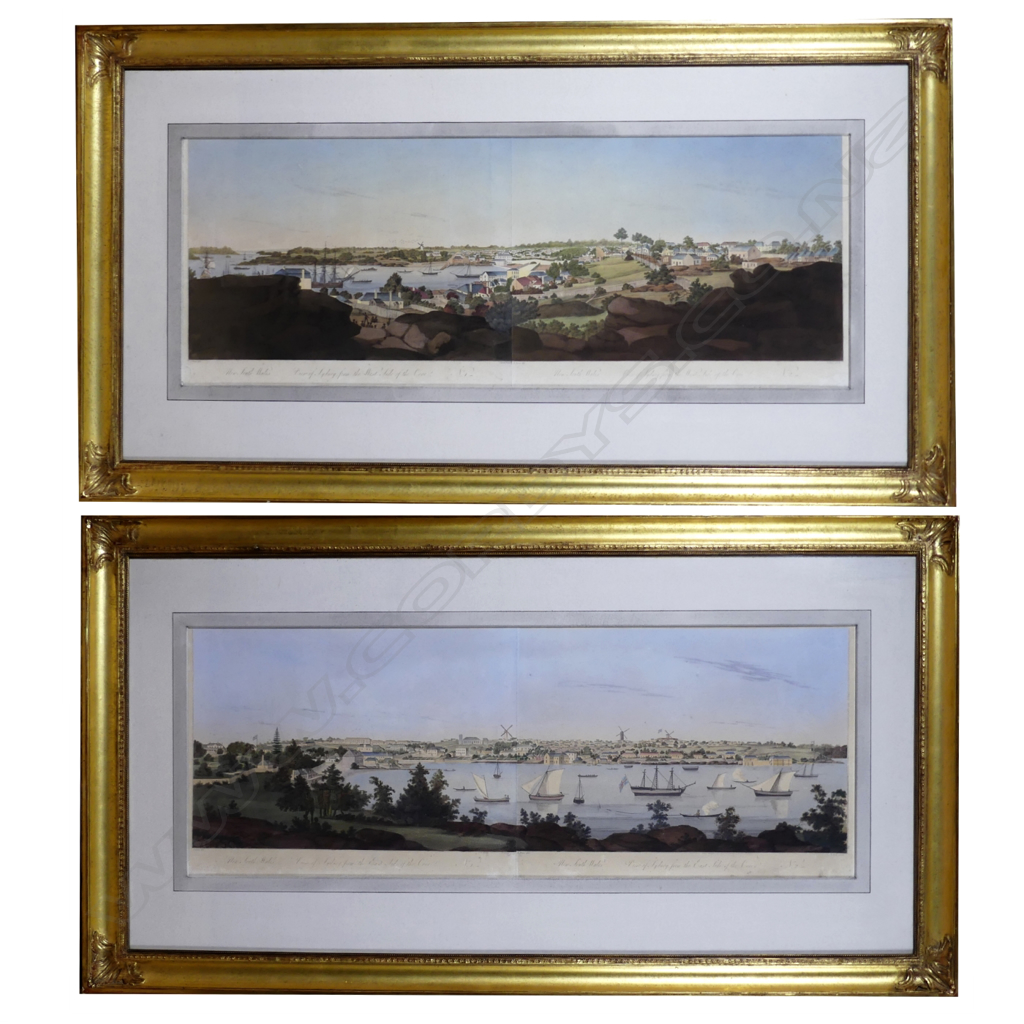 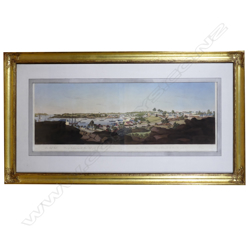 Drawn by John Eyre (b.1771 - ) engraved by John Heaviside Clarke (1770 -1863), ‘View of Sydney from the West Side of the Cove’ [No.1 and No.2] and ‘View of Sydney from the East Side of the Cove’ [No.1 and No.2], four aquatint engravings, joined as intended in pairs of sheets forming two panoramic views. Published by June 4, 1810 by John Booth, Duke Street, Portland Place, London. Each 335 x 990mm (excluding titles). The rare engravings form a complete panorama of Sydney, the first to be published in England. Eyre was convicted of housebreaking in England in 1799 and sentenced to transportation to Australia for seven years, he arrived in late 1801 and subsequently pardoned in 1804. Soon after he provided paintings from which these works were engraved to fellow pardoned convict David Dickinson Mann who published them in ‘Present Picture of New South Wales’ (London, 1811). The original watercolours, c.1806, for these views are now held in the Dixson Galleries of the State Library of NSW. Later chromolithographic reproductions of the engravings were made and published by Dymock in 1884.