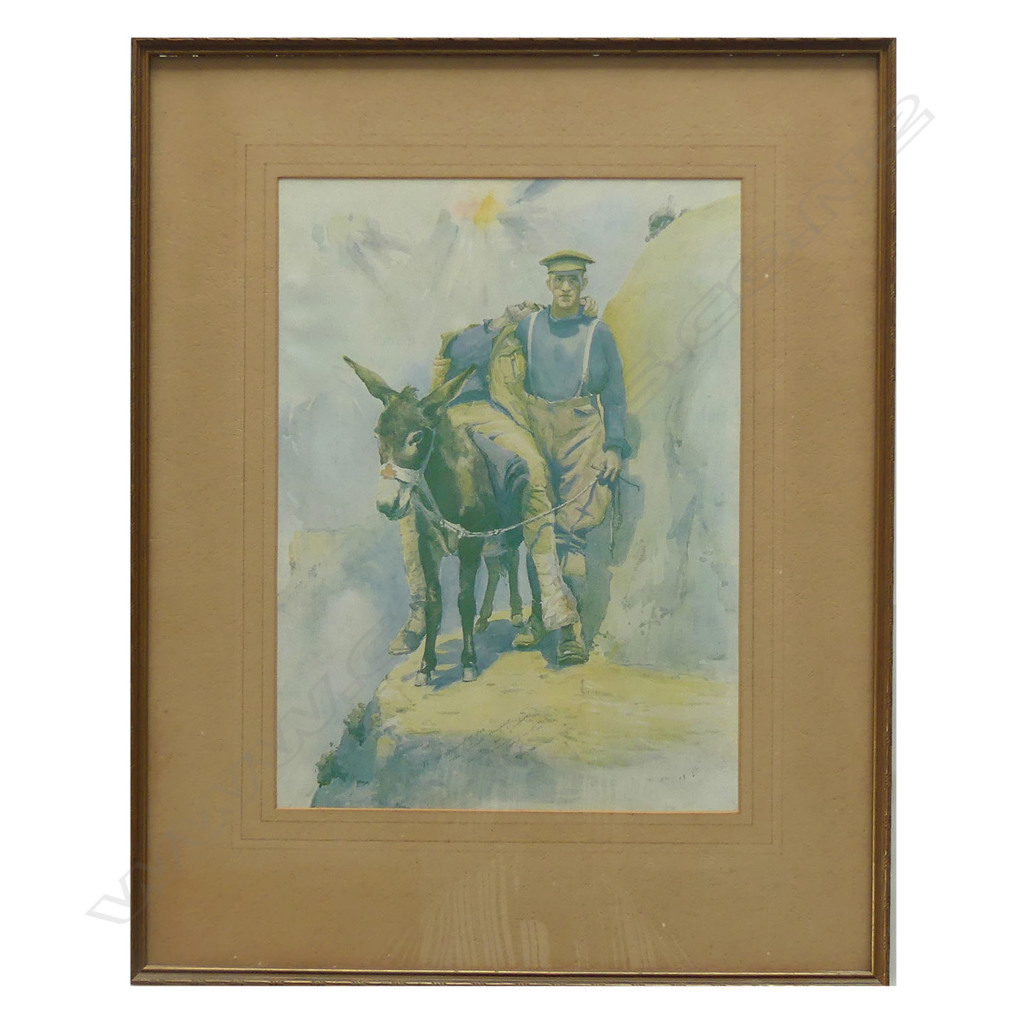 An original production colour lithograph 'Heroes of the Red Cross

An original production colour lithograph 'Heroes of the Red Cross, Private Simpson, D.C.M & his Donkey at Anzac, from the original water-colour drawing by Sapper H. Moore-Jones', original entitlement label verso. Inscribed in the image: 'To the memory of our Hero Comrade Murphy (Simpson) Killed May 1915. Sapper H. Moore-Jones 1915'. 330 x 245mm, framed under glass. Simpson, a stretcher bearer in the Gallipoli Campaign worked for only three and a half weeks, often under fire, until he was killed, the story becoming a key element of the Anzac legend. The image painted by Moore-Jones was actually worked from a photograph of NZ Medical Corps Pte. Dick Henderson who performed the same deeds for a period of six weeks at Gallipoli, later serving at the Somme where he was awarded the MM. See: military.wikia.org/wiki/John_Simpson_Kirkpatrick and military.wikia.org/wiki/Richard_Alexander_Henderson.