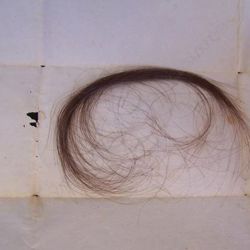 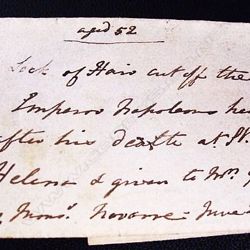 A lock of hair cut off the Emperor Napoleon's head after his death at St. Helena