collected by William Oldman* in England In the early 20thC, sold to the NZ Government Collection. Of aronui type with double paired weft twined muka body with taniko lower hem and side borders, of typical high density weaving to the unadorned body, evidence of feather decoration.. This style of cloak were extant in the late 17th century but succeeded by korowai styles from the mid-19th century. It may be therefore that this example dates to the first half of the 19th century. [Cf. R. A. Oliver (1811-1889) Portrait of Te Rangihaeata 1849, wearing a kaitaka beneath a kahu kuri]. Y.registered. Ref: Memoirs of the Polynesian Society Vol.14: The Oldman Collection of Maori Artifacts. Oldman, W. O., published by Thomas Avery & Sons, 1938. This kaitaka described and illustrated: 389D Small cloak. Coarser flax-work not so old as the first three. Bottom of cloak is wider and curved. Feathers have been stitched on surface in eleven rows, mostly now missing. Good design border but a small amount of coloured wool has been introduced in the design. Width (top) 1117mm, (bottom) 1270mm, sides 685mm. Taniko borders (remu hem) 142mm (sides) 19mm Provenance: William Ockleford Oldman (1879–1949) English collector and dealer, sold 1948 to the NZ Government Collection [overseen by Dr Roger Duff (1912–1978) ethnologist and director of the Canterbury Museum]; exchanged 1949 in a transaction between Duff and the current owners’ father for a number of items found at the Wairau Bar archaeological site between 1943 and 1948. Thence by bequest. Loan History: The Canterbury Museum Loan No.1702, 1995 - c.2012 * Oldman whilst amassing an extensive collection of Maori artefacts never visited the Pacific. His collection was formed from purchases from small British museum deaccessioning, auctions and private purchase. His primary collecting and trading activity was in the late 19thC and preceding WW1. Subsequently he maintained his Oceanic collection before selling a year before his death to the NZ Government, the transaction negotiated by Duff. 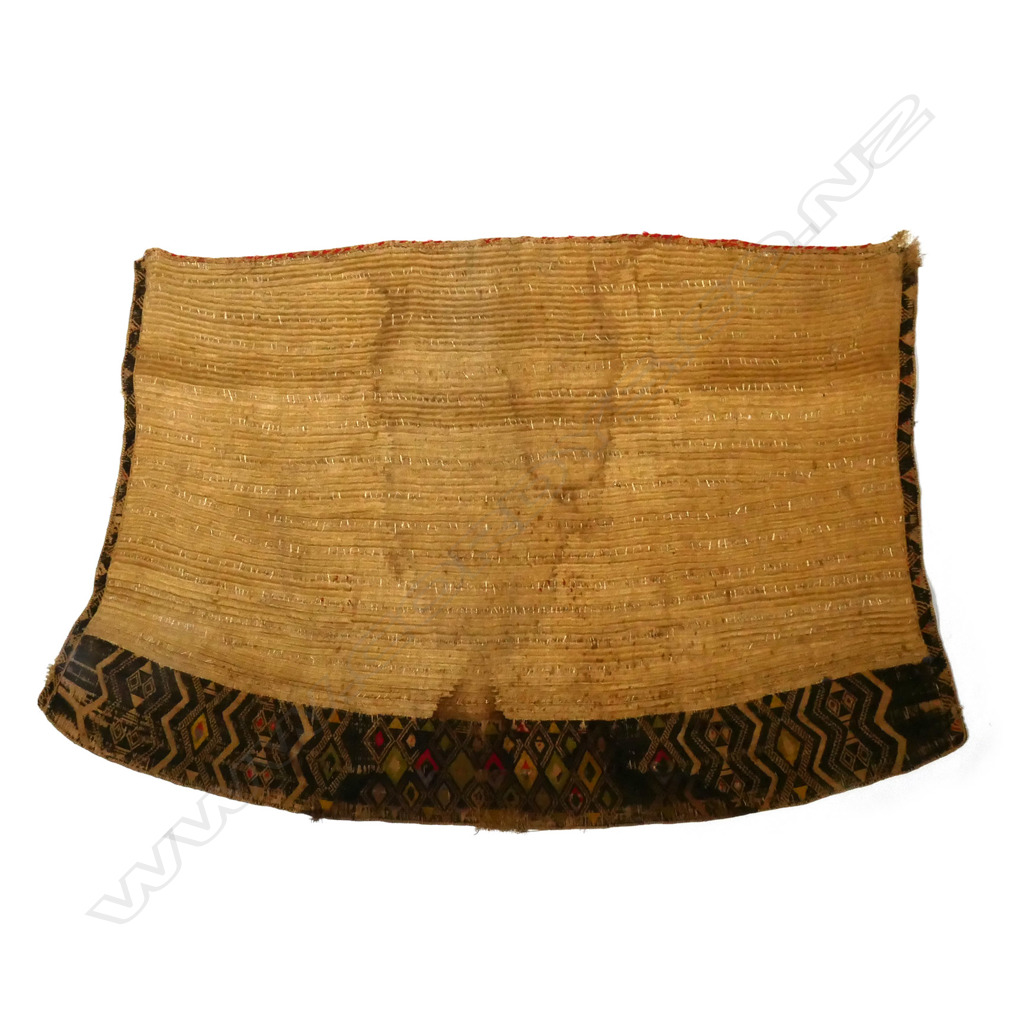 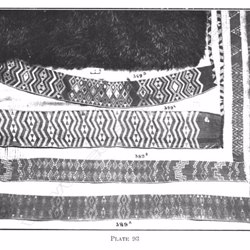 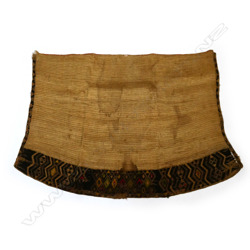 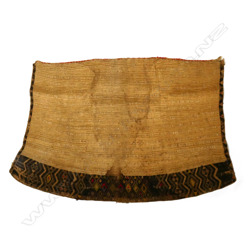