A Japanese, Edo period hanging scroll painting Nehan-zu, (the death of the Buddha) a depiction the parinirvana, or entry into a state of complete enlightenment, of the Buddha Sakyamuni. Executed on finely woven textile, most likely silk, with a backing of heavy paper.

The Buddha's divine nature is represented by his large size relative to that of his attendants. He reclines on a jewelled dias, surrounded by a great number of personages, along with birds and animals. At the top of the painting, descending on a cloud, is Maya, the Buddha's mother, preceded by the disciple Anaritsusonja. The portrayal of grief-stricken animals is unique to Japanese paintings of the parinirvana and reflects a particular sensitivity to nature's all-encompassing quality. Japanese temples, mark this spiritual event annually, in the middle of the second lunar month, with special rites and the hanging of large, tableau-like scrolls, such as this early nineteenth-century example forming the focus of worship. . Dimensions (painting) H.1355mm x W.955mm; (scroll) H.2040mm x W.1150mm. Two hanko seals located near bottom left corner show the artist's name - 法橋 Hōkyō or Hokkyō above 繪(=絵)所 Edokoro (what appears to be the painting bureau) The text on the reverse side of the scroll indicates that the Nehan zō of the Buddha is a gift (in the first four lines) in honour of the seven named deceased people (in the bottom lines), plus the name which is blacked out, who was the person responsible for a memorial ceremony (表相 再建 施主 Shōsō Saiken seshu). This is dated to Ten'po 10th year (天保十年), 1839, on an auspicious day in January (正月吉日), top left most line. The scroll has been stored in a wooden box with a lid. Reading from top to bottom the inscription reads: 涅槃尊像 Nahan son (honourable) zō (image). Further down it reads 金藏 常住 Kinzō jōjyu (there could be other readings, but the second set indicates the "chief priest”). This seems to be the name of the chief priest of a Buddhist temple. The inside of the scroll’s lid reads as follows, with some question marks. 彦城老中 Hikojyō (or shiro) rōchū (highest ranking administrator); this could be the Hikone castle. 長野氏 奇附？ Nagano shi (or uji; we do not know in what ways this name relates to on the scroll) kifu ? (precious gift ?) 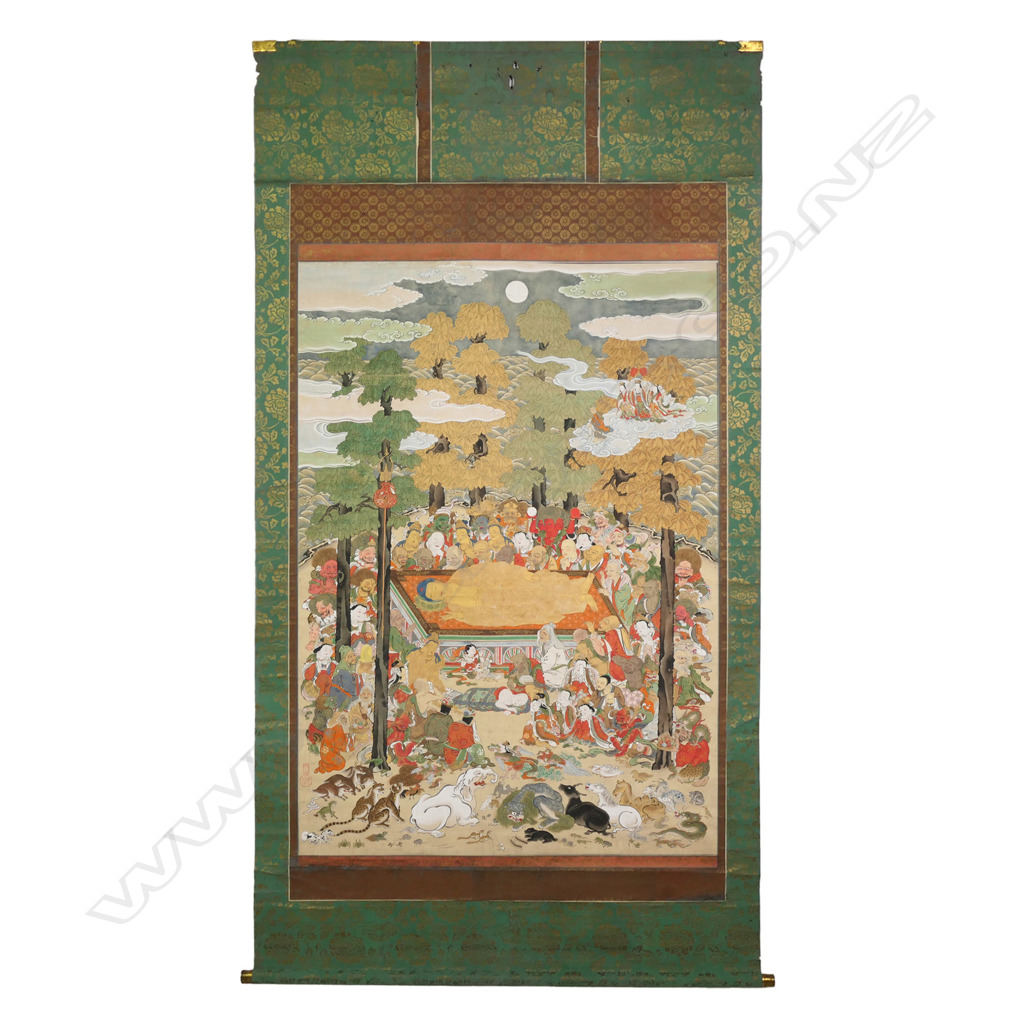 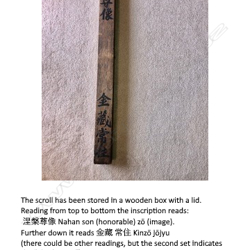 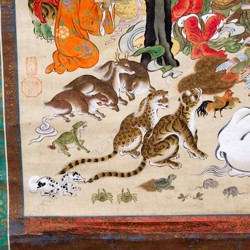 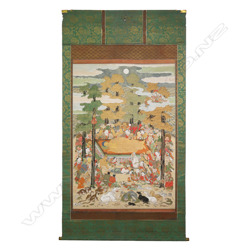 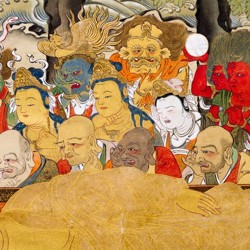 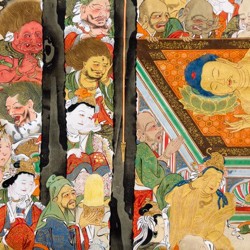 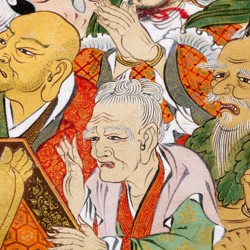 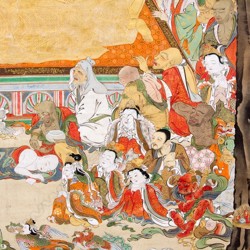 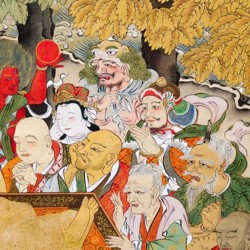 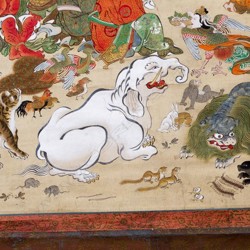 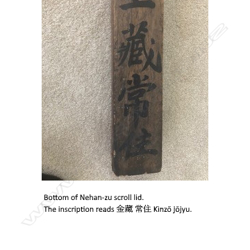 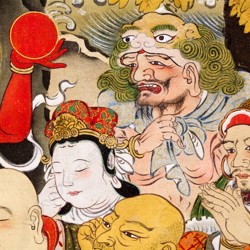 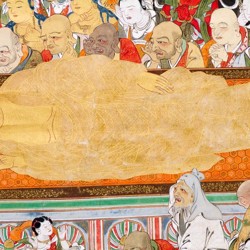