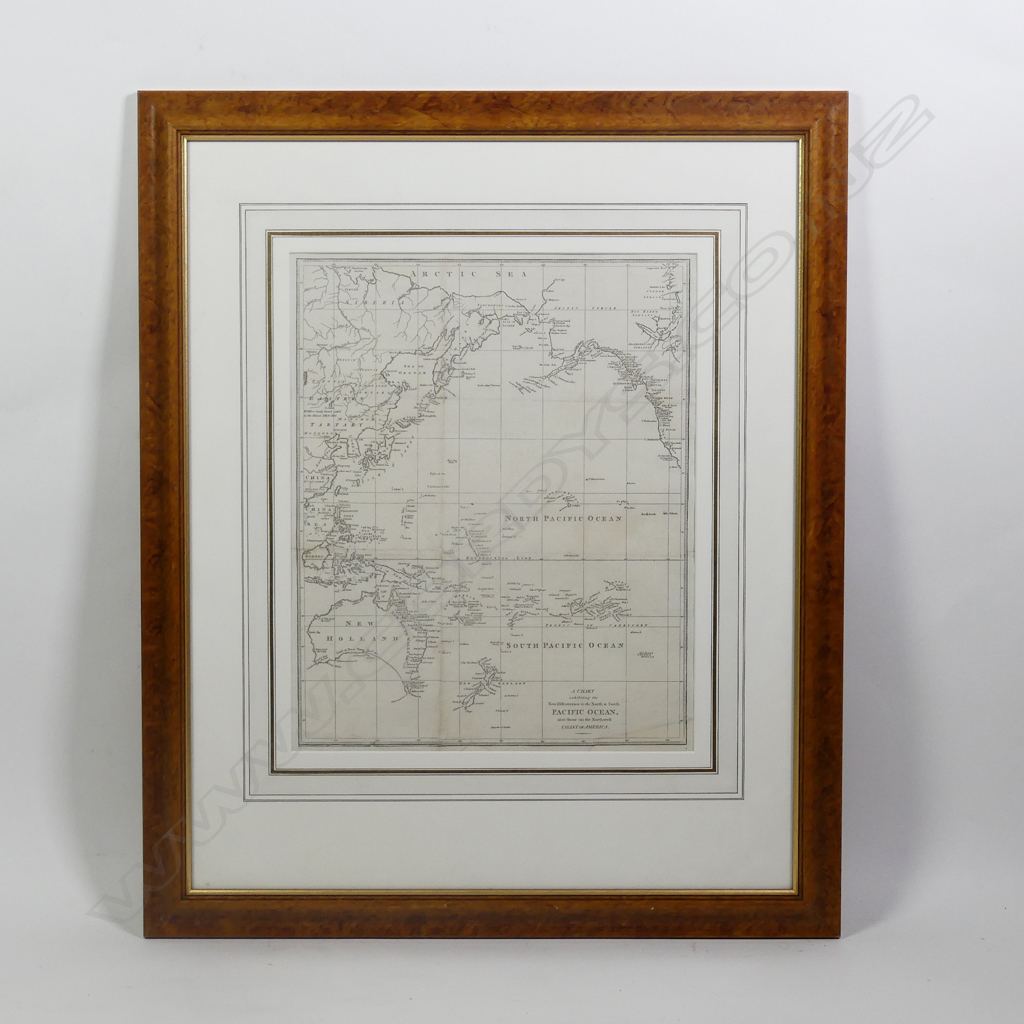 'A Chart exhibiting the New Discoveries in the North & South Pacific Ocean also those on the North-west Coast of America', a rare uncoloured early map c.1785, after Cook, showing Tasmania as Dieman's Land, Stewart Is as a peninsula and Banks Peninsula as an island. 430 x 345mm. Est.$1000-2000 Probably engraved by John Lodge (d.1796) for the 'Political magazine and parliamentary, naval, military and literary journal', published by John Bew. John Lodge, an apprentice to cartographer Thomas Jefferys (Geographer in Ordinary to George III), was a London engraver working in the period from about 1754 to 1794, who produced a range of works, from individual pieces commissioned by publishers (portraits, satirical prints), to maps included in periodicals such as the Political Magazine John Bew (fl. 1774—12 April 1793) was a bookseller, stationer, printer and publisher at 28-29 Paternoster Row in London.He was the publisher of The Political Magazine from 1780, when he was only six years old, to March 1785, when it was taken over by John Murray. The Political Magazine was a journal written for an audience of informed gentlemen and often included supplementary maps. Framed and glazed. Gilt outlined mat board, walnut ogee frame. Overall size 750 x 625mm