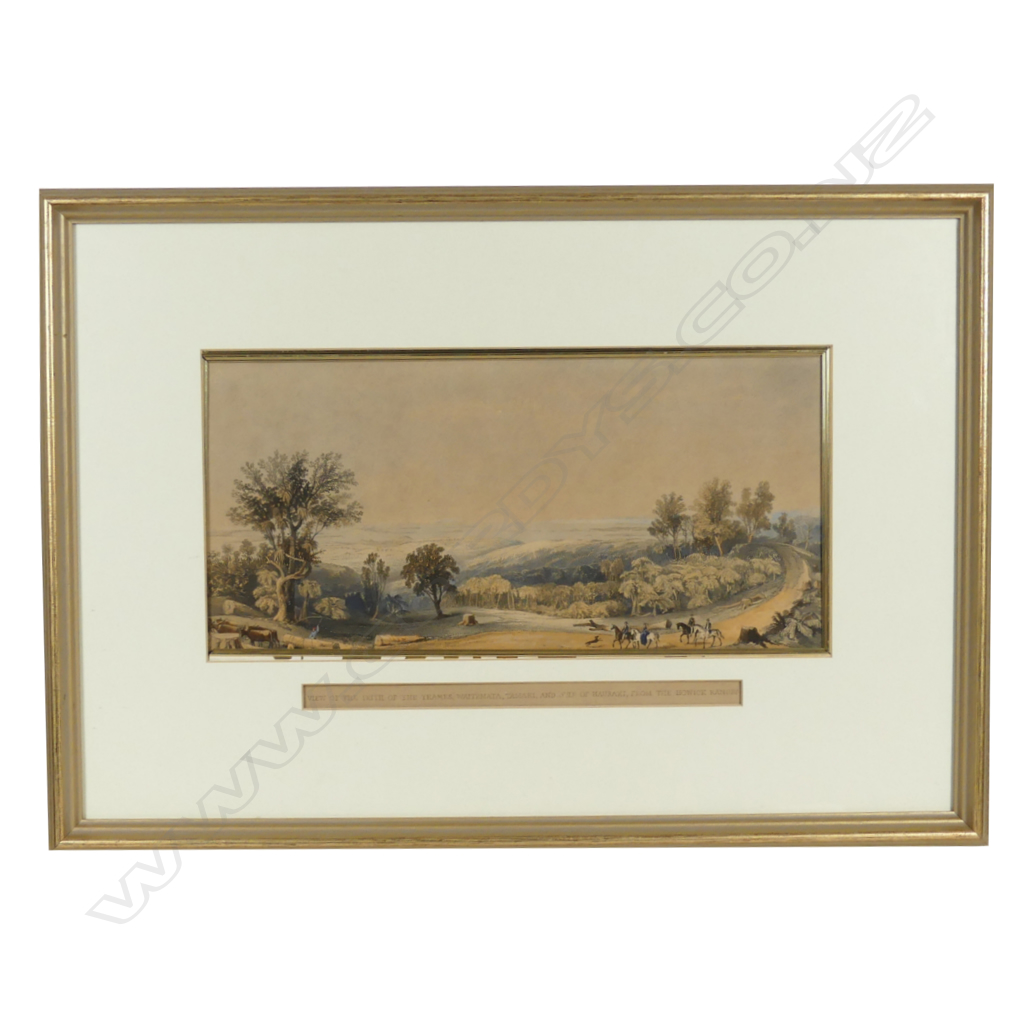 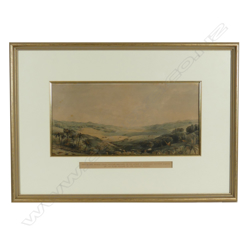 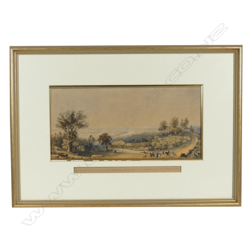 Major Frederick Rice Stack (working 1857-62), five rare tinted and hand coloured lithographs (from a set of six published in ‘Views in the Province of Auckland’, Day & Son, London, 1862.), each entitled beneath the image,185 x 385mm. 1) 'View of Auckland Harbour, New Zealand Taken During the Regatta of January, 1862 (The Race of The Maori War Canoes)'; 2) 'View of Auckland, New Zealand from the Crater of Mount Eden'; 3) 'View of Auckland, New Zealand from the Lake on the North Shore'; 4) 'View of the Frith (sic) of Thames, Waitemata, Tamaki and Gulf of Hauraki from the Howick Ranges'; 5) 'View of the Wairoa Creek (Pheasant Shooting on the Estate of Alexander Kennedy, Esquire )on the Road Leading to the Wairoa Valley'. Stack a professional soldier served in New Zealand from 1857 until 1862 ranked as Major of Brigade, a staff officer to Governor Wynyard. His view of the Auckland regatta, the first depiction of the celebration and the only contemporary one of 1862 shows the Waitemata from the North Shore. Two warships lie at anchor, the Miranda and the Fawn whilst waka taua race in the foreground. Stack also left a handwritten journal that gave more information about his work. (The) journal says that ‘the very unsettled state of the colony for nearly two years prevented the natives from joining with the Europeans in their amusements’, but ‘native tribe living near Auckland, on the Coromandel coast, was induced to bring their war-canoes and warriors to join with the Pakehas (or White Men)’ in the festivities of January 29th, 1862. The concept of competing for a cash prize, Stack tells us, was foreign to Māori sensibilities. Thus, the canoeists ‘agreed among themselves beforehand that the amount of money gained as the prize was to be equally divided among them, in consideration of the labour endured by each individual in the exertion of his utmost strength’. (O'Brien, B; Glover, K. The Agnes Cup. http://wraithofodin.com (accessed on 1 July 2019)