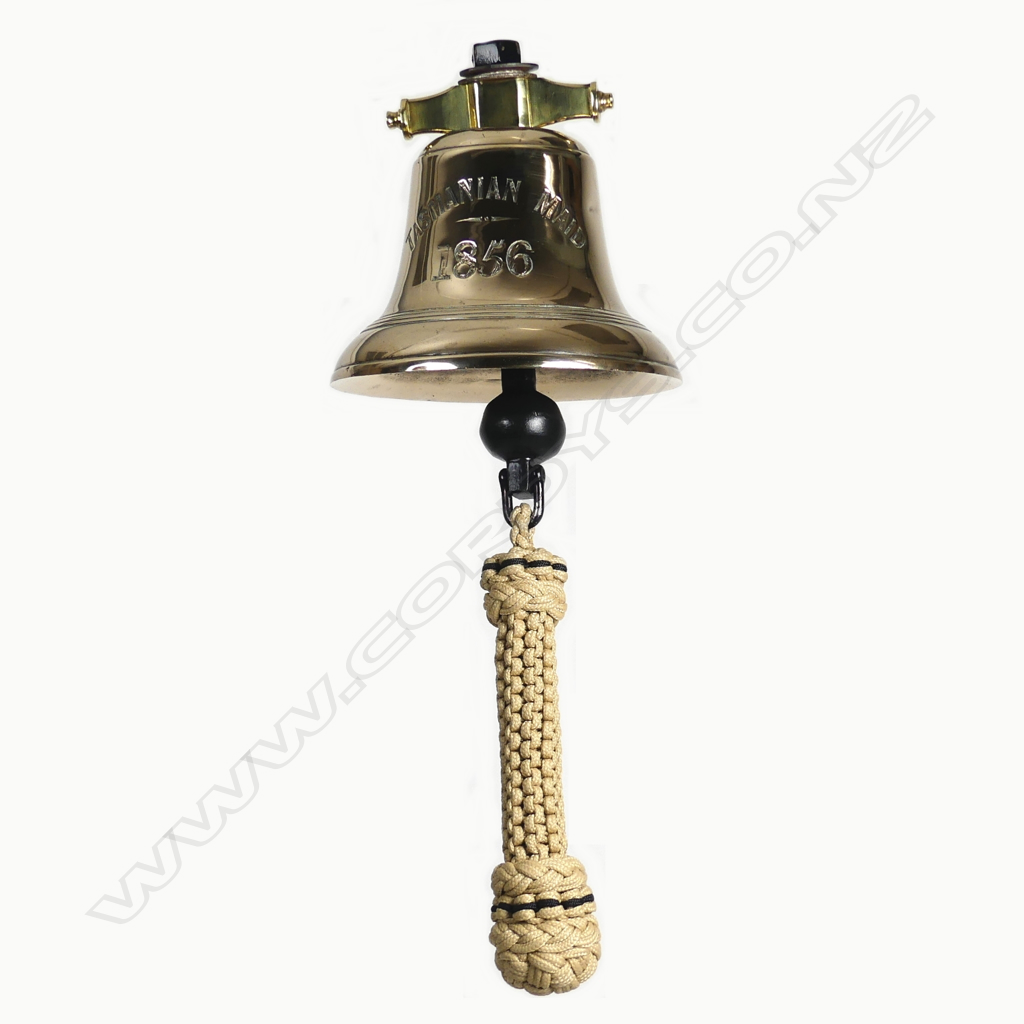 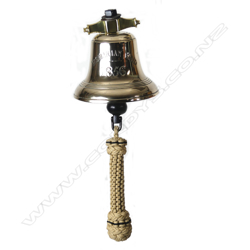 A rare and New Zealand historic 1856 ship's bell from the ship 'Tasmanian Maid', later commissioned as the gun-boat 'Sandfly' employed during the New Zealand Land Wars, finally reverting back to her original name with later civilian owners. The bell with original period engraved name and date 1856 and gimbal bracket, later clapper and complicated woven rope lanyard. Bell dia.195mm. Note: The Tasmanian Maid, a paddle steamer, built 1856, arrived in Nelson in 1857 to give service as a coastal trader and passenger vessel. With the outbreak of the New Zealand Land Wars at Taranaki the Tasmanian Maid was commandeered by the Colonial Government and renamed Sandfly, she was converted to a gunboat with two 12 pounder Armstrong guns added. She was used for the transporting of troops, refugees, supplies and other military duties. She also gave service during conflict in the blockade of the Firth of Thames and the Tauranga campaign, where she is recorded as firing her guns. In 1861 she was released from military service, renamed Tasmanian Maid, and returned to the Nelson area. In 1868 she struck rocks off the Sugarloaves, off the Taranaki coast and sank. It is convention that the bell at launching stays with the ship and does not change with a change of name. Further details available together with photograph copy of a sketch of the ‘Sandfly’ taken from a sketch book of Edward Arthur Williams held by the Alexander Turnbull Library, Wellington.