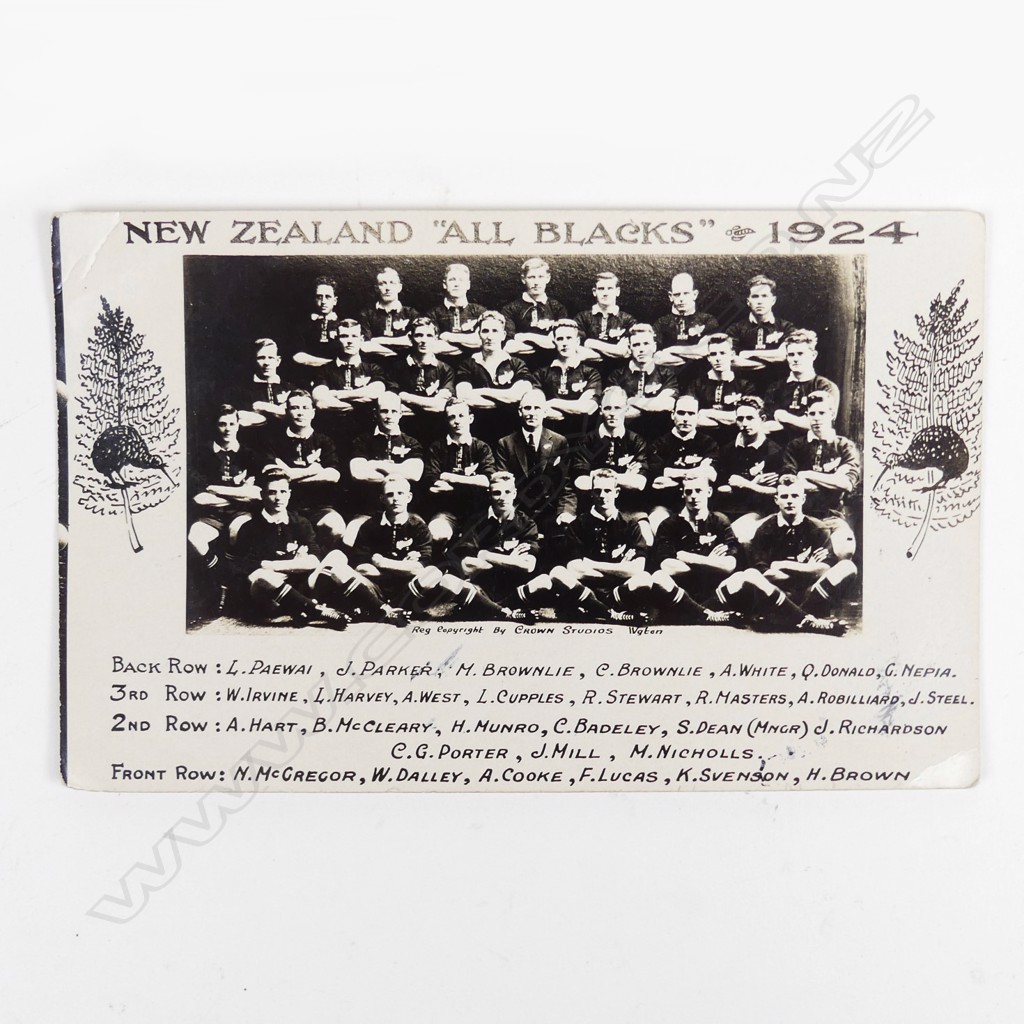 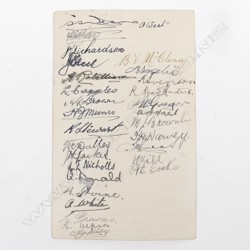 A rare ‘N.Z. 'All Blacks' 1924’ vintage photographic team postcard with signatures, the front with team image, each named below, the reverse with 30 individual ink signatures including Morris Brownlie, Cyril Brownlie (the first man to be sent off in a Test Match), Cliff Porter (Captain), George Nepia (fullback, one of the stars of the tour playing in all 32 games and scoring 77 points), Bert Cooke, Mark Nicholls (top point scorer) and others including the Tour Manager, S.S. Dean. Note: The 1924-25 All Blacks team that toured Britain, Ireland and France were known as The Invincibles after it won all 32 of its games overseas. the team scoring 838 points and conceding only 116. 88 x 140mm. Provenance: Gifted to our vendor's father, a Dunedin resident, (mountain climber, gymnast and bank manager) by 'the mother of one of the All Blacks from that team.’