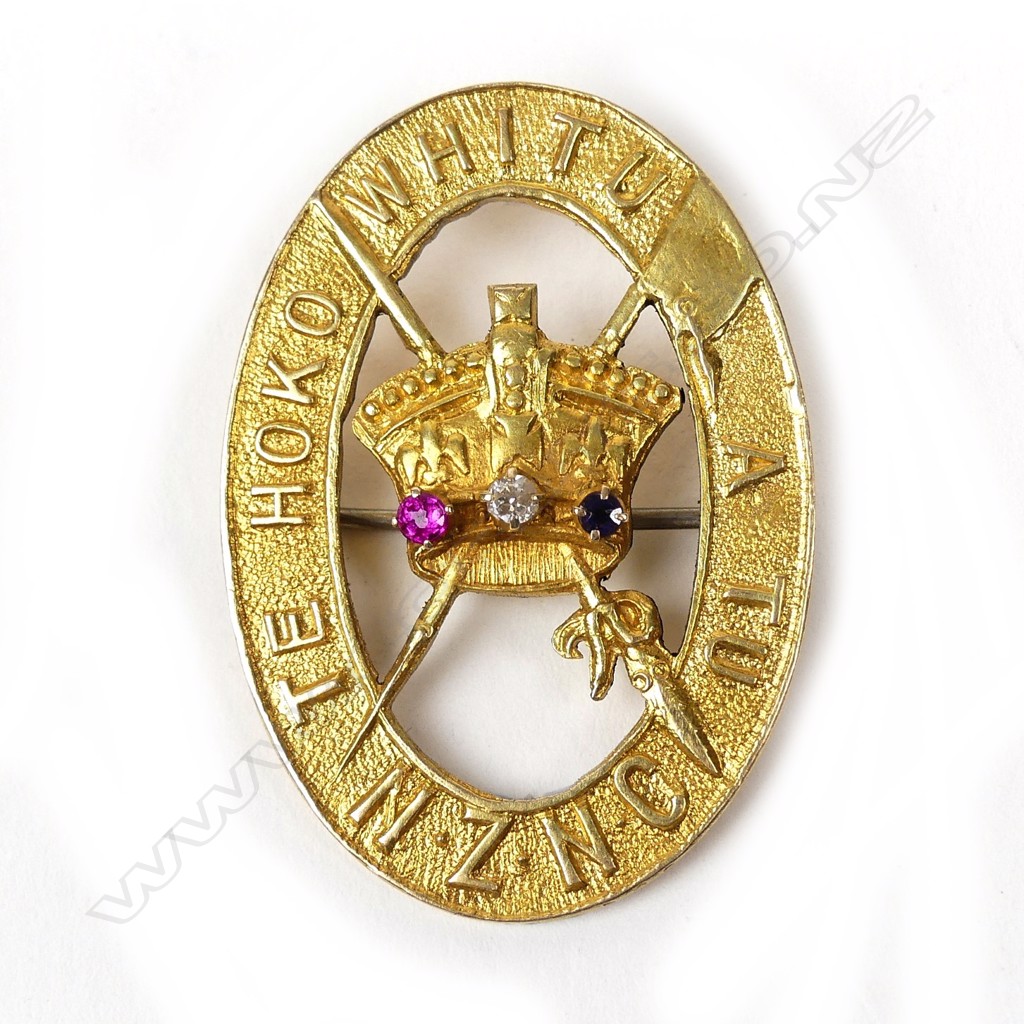 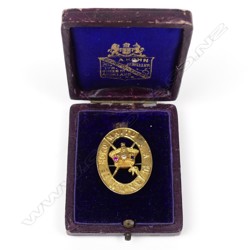 A rare 15ct yellow gold NZ Native Contingent (Maori Pioneer Battalion) 'sweetheart' badge, first pattern as worn by B Company, presumably worn as a “sweetheart” brooch by a female relative of one of the Contingent’s officers, set with a small sapphire, diamond and ruby. Contained in period “A. Kohn” box. Note: The Contingent was originally sent overseas as a labouring force but eventually went on to establish a splendid fighting reputation on the shores of Gallipoli, and the battlefields of France and Belgium during WW1. 37 x 26mm, 10.3gm.