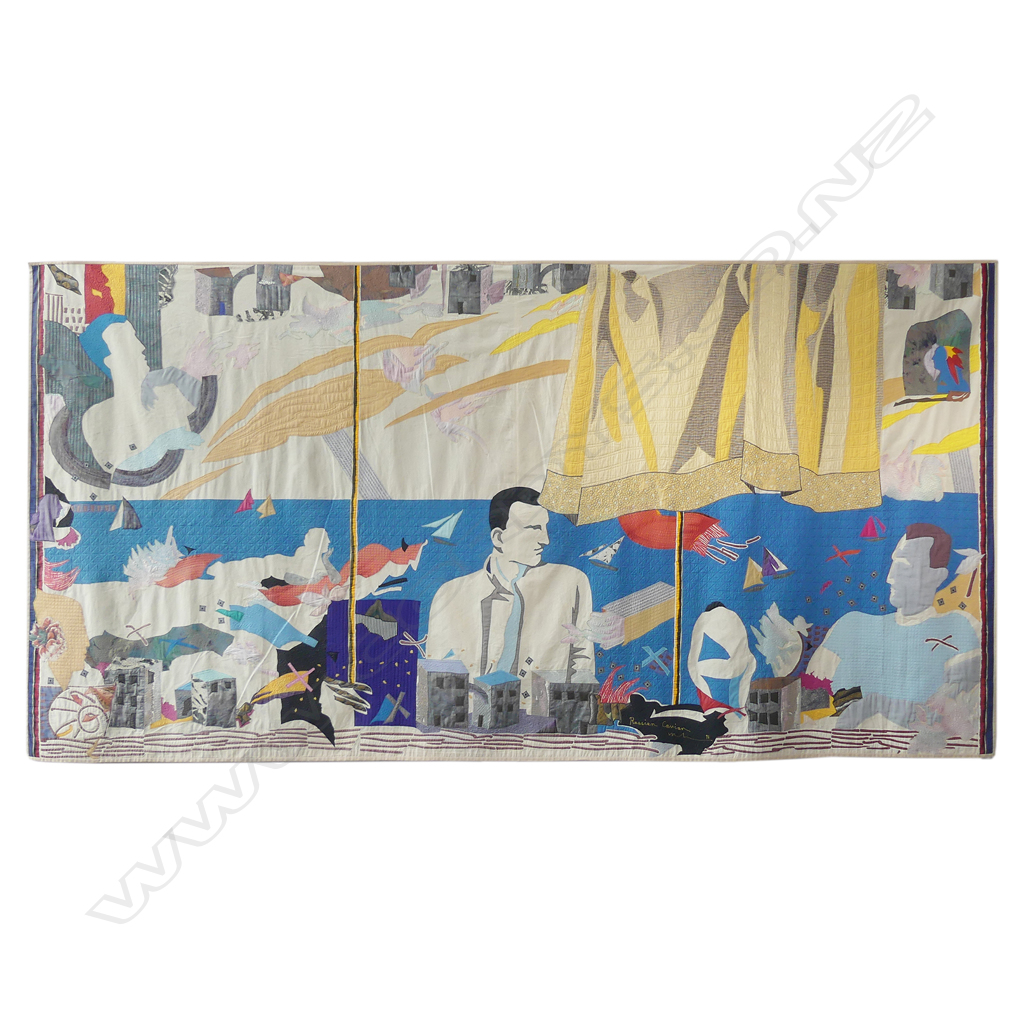 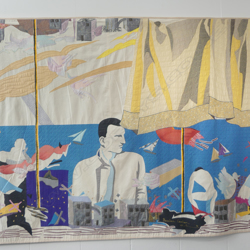 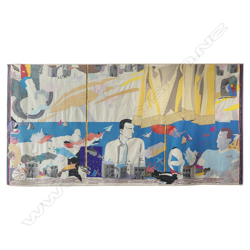 Malcolm Harrison, ‘Russian Caviar’, 1991, machine quilted and appliqued cloth. 1800 x 3520mm. Malcolm revealed in a 1991 interview when this work was on display that the piece is set in Greece as identified by the profiled head and bull featured within the composition. The large tablecloth floating in the breeze share's Malcolm's reminiscence of washing hung from apartment buildings which he viewed during a visit to the country. Not all motifs in the work hold such specific meaning however. During the same interview Malcolm also revealed that the three tiny patches of red which had been incorrectly interpreted as flame by an art critic were in fact included simply because "[he] looked at those areas and decided they needed a lift." Pat Basket, 1991, ‘There’s many a stitch to fabric art’.