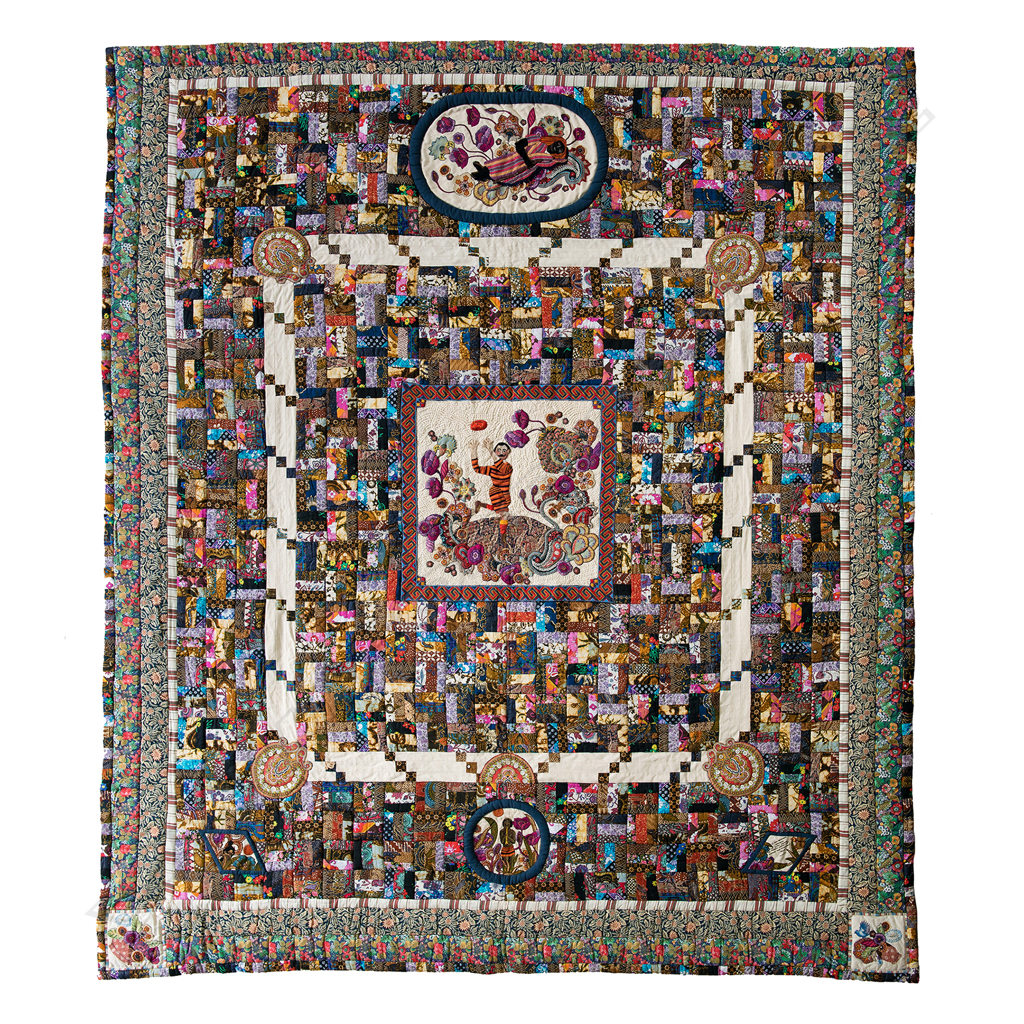 Malcolm Harrison, ‘Hommage À Rousseau’, 1974-1978, machine, hand quilted and appliqued cloth with embroidered sections. 2500 x 2000mm. This is one of Malcolm's earliest quilts. It is a homage to the works of French post-impressionist painter Henri Rousseau. It draws inspiration from a number of his paintings including the 1908 work The Football Players which is represented in the central block. It is an incredibly detailed work which Malcolm created over a number of years. He has embroidered the dates into many of the blocks. It utilises numerous stitching techniques including embroidery, broderie perse, applique and a traditional hand sewn rail fence quilting block. There are a number of quilts he produced before this, however this one appears to be one of his first exploring the art element alongside technique.