made for the Persia market, with two cartouches to the exterior inscribed in gilt with Persian calligraphy incorporating the Hijri date 1297 (1880 Gregorian calendar). Provenance: By bequest. Our vendor's grandfather was based in Iran, as the chief accountant for the Anglo-Iranian Oil Company (the predecessor of BP Oil), from the early 1920's through to the 1940s. Our vendor’s mother, was sent to New Zealand to attend boarding school, joining other family already in the country. See accompanying manuscript note: “Bowl & Platter Bought By My Mother in Iran apx 1942 at Shah’s Palace Sale” In 1941 Reza Shah Pahlavi (1878 - 1944) Shah of Iran (Persia), the monarch who founded the Pahlavi dynasty was forced by the invading British to abdicate in favour of his son. He was exiled and died three years later in South Africa. 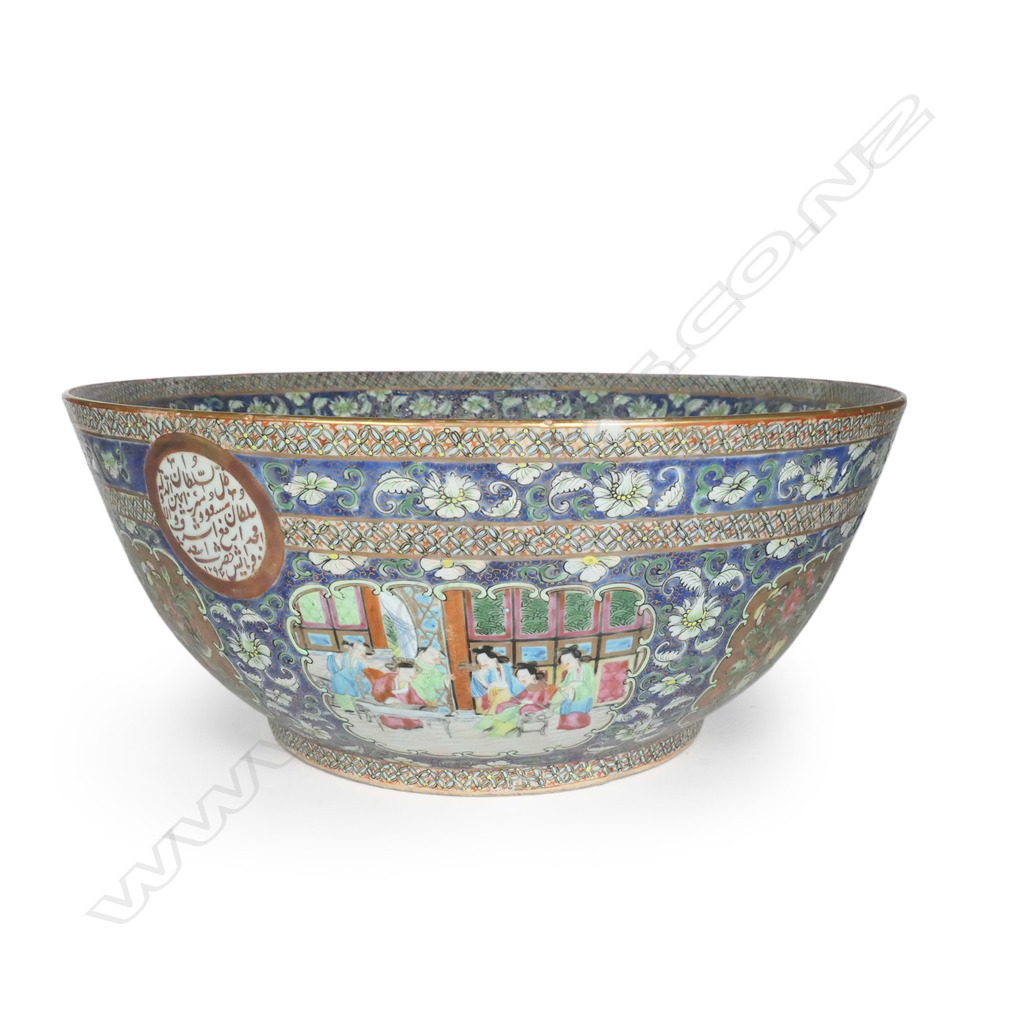 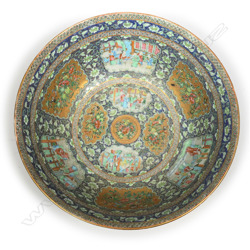 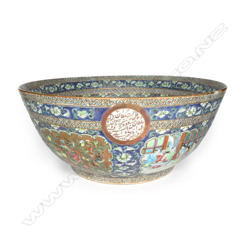 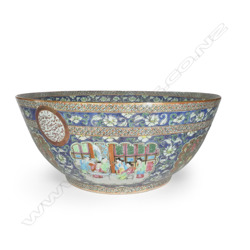 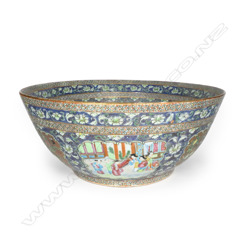 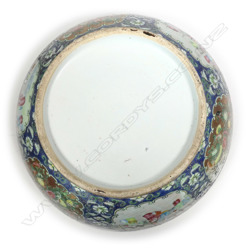