the 15ct gold oval frame applied and sculpted with palm trees, emu, kangaroo and balga grass plant, framing the large oval polished quality opal panel of colours representing the water and sunset sky. Signed by the maker Evan Jones (1846-1917) a Sydney jeweller who later became an Alderman on the city council. L.47mm. Note: Jones, born in London 1846 arrived in Sydney about 1855 and was later apprenticed to a goldsmith in Hunter Street. Establishing his own business c.1873. He is noted as being the most prominent silversmith in Sydney during the second half of the 19thC winning many awards and at exhibitions in Sydney, Melbourne, Adelaide and Brisbane. He and his workshop are credited with making an inkstand for pope Pius IX, a salver made of Australian gold presented to (Saint) John Henry Newman and a gold crown for King George of Tonga. His works are held by the National Gallery of Australia. CONDITION REPORT: Tested as ~14ct so our assumption is 15ct colonial assay. Two colour gold, bright yellow mainly but rose coloured tree trunks. balga bush flower head and to the edge of the oval frame. 47 x 29mm. Frame depth 5.1mm. The balga bush stands about 1.8mm higher than the frame. The five decorative elements are individually applied to the framing bezel, each is crisply engraved or hand detailed. The opal displays some fire but more obviously has been chosen to display as a horizon land/sea scape. There is one minute surface abrasion (apparently from the original polishing of the stone) and light loupe visible crazing (as typically seen in opal). Verso: hinged pin, (no damage/ not bent), conforming oval glazed display cavity (for photo) currently has black material inset. Press fitted to the verso bezel. when removed the uniform flat opal potch back is revealed. The rear bezel has scratch engraved marks alpha numerical that may be pawn brokers (pricing?) (Xa /-/ E/-/-). The associated box has London jeweller's details inside lid. 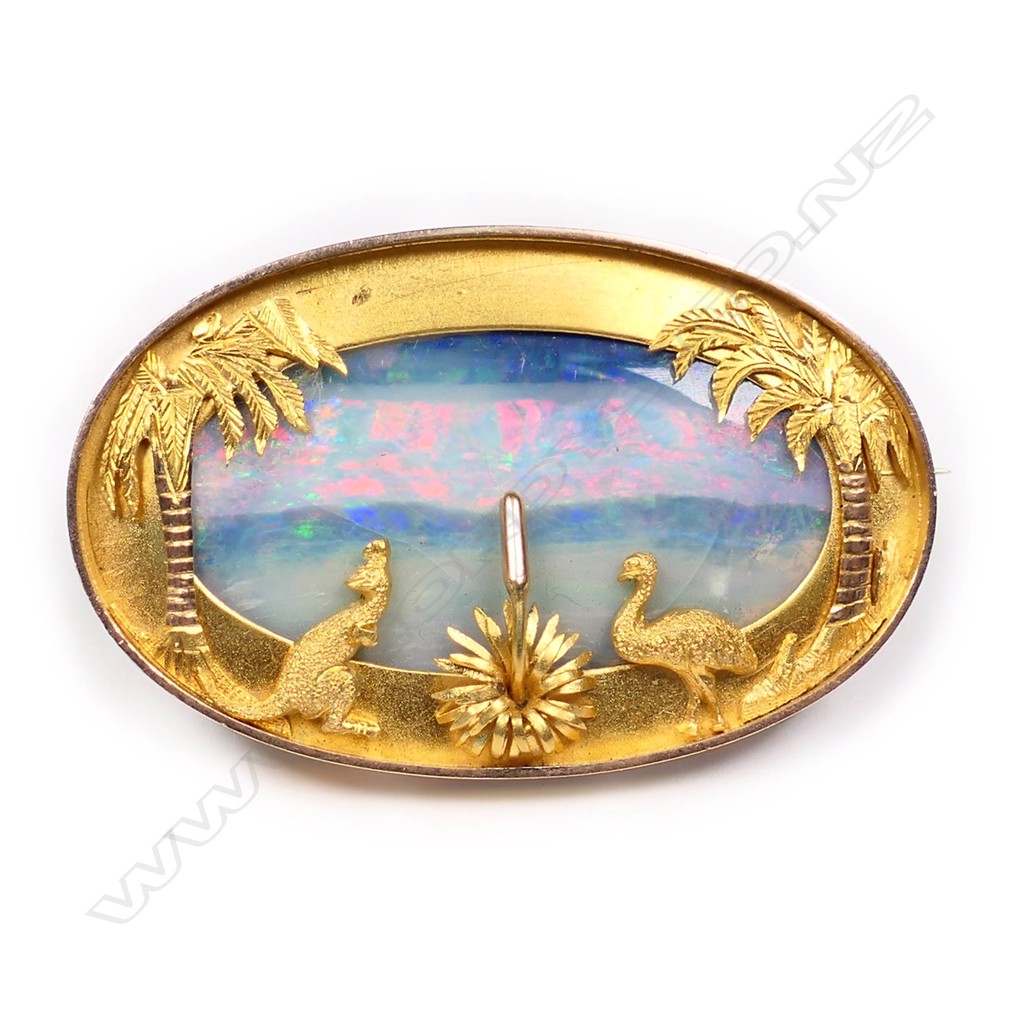 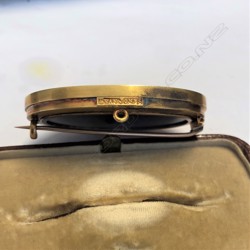 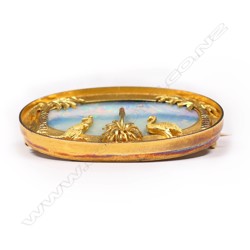 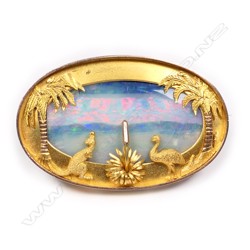