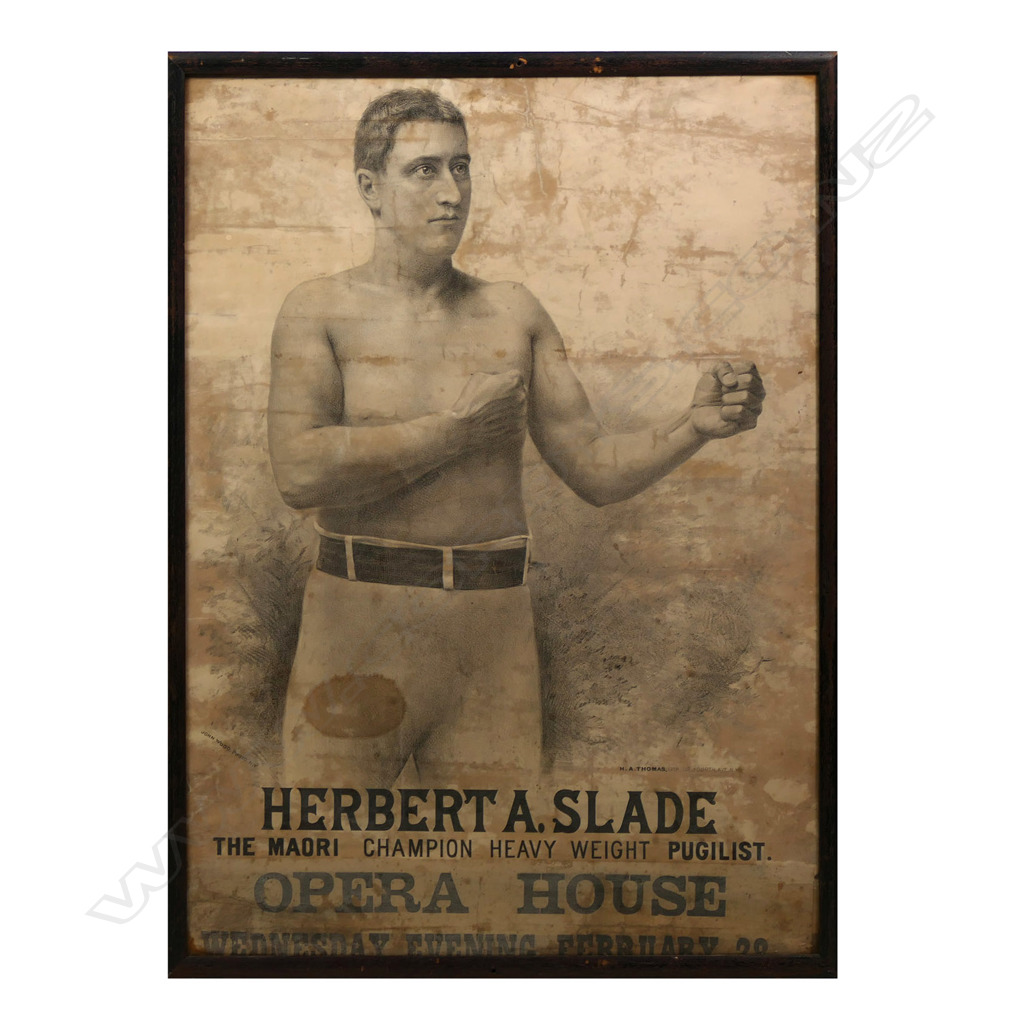 A rare and important 19th century American boxing poster promoting the appearance of 'Herbert A. Slade The Māori Champion Heavy Weight Pugilist', at the 'Opera House', undated other than 'Wednesday evening February 28', probably connected to Slade's exhibition tour of the USA with John L. Sullivan, the Opera House probably the one in Ogden, Utah, a lithograph from a photography by John Wood, New York, printed by H. A. Thomas, New York. This poster hung in Bill's Gay Nineties Restaurant, a New York City landmark, for many years. Age toning and staining, damages professionally restored, framed and glazed, 750 x 560mm. (29½ x 22”). Herbert Augustus Slade (1851-1913), also known as "Māori" Slade was a New Zealand boxer of Irish and Māori descent, who fought many of the leading heavyweights of his era including Joe Coburn, Jem Mace and Charlie Mitchell. He challenged John L. Sullivan for the heavyweight championship of the world at Madison Square Garden, New York, on 6 August 1883. Sullivan won in the third round. Given the issues of race in America at the time it was most unusual for a native person to be allowed to fight for the championship. Indeed, it was the first such match featuring a non-white contender. Slade later went on an exhibition tour with Sullivan and settled in the United States. He died in Utah in 1913. Slade may be considered New Zealand's first international sports personality and has been inducted into the Māori Sports Hall of Fame. See http://www.wbaoceaniaregion.com/former-wrestler-herbert-slade-was-first-kiwi-world-heavyweight-boxing-hopeful/ for more details.