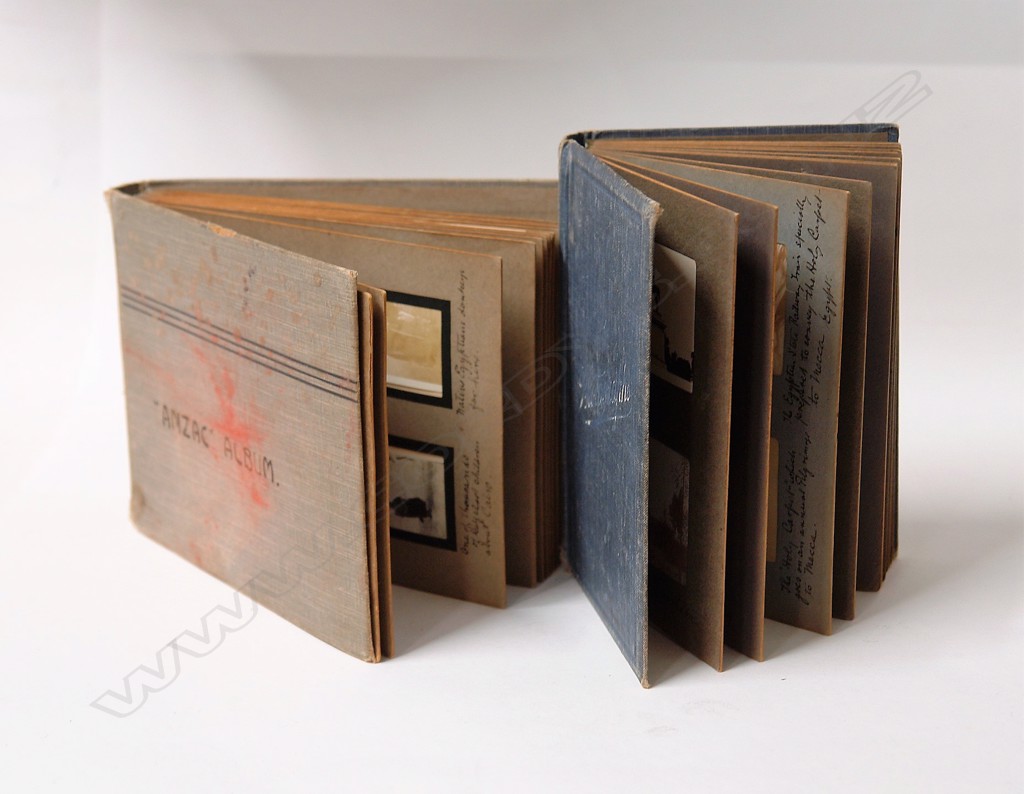 Two WW1 photograph albums of 13/583 2nd Lt. Ernest Arthur Bunkall, of the Auckland Mounted Rifles, Imperial Camel Corps and the Royal Flying Corps. A solicitor from Buckland Road, Epsom he served at Gallipoli as a Trooper before being involved in engagements with the Auckland Mounted Rifles and Camel Corps in Palestine. In March 1918 he was accepted in the Royal Flying Corps and was one of a small number of New Zealanders who served as a Pilot. These two unpublished albums include extremely rare and important images of Bunkall and numerous named colleagues at Gallipoli and in Palestine. Very few images of the Camel Corps have surfaced, and one album is almost entirely in relation to that service. Of particular importance are the photos that relate to the battle at Beersheba in present day Israel.