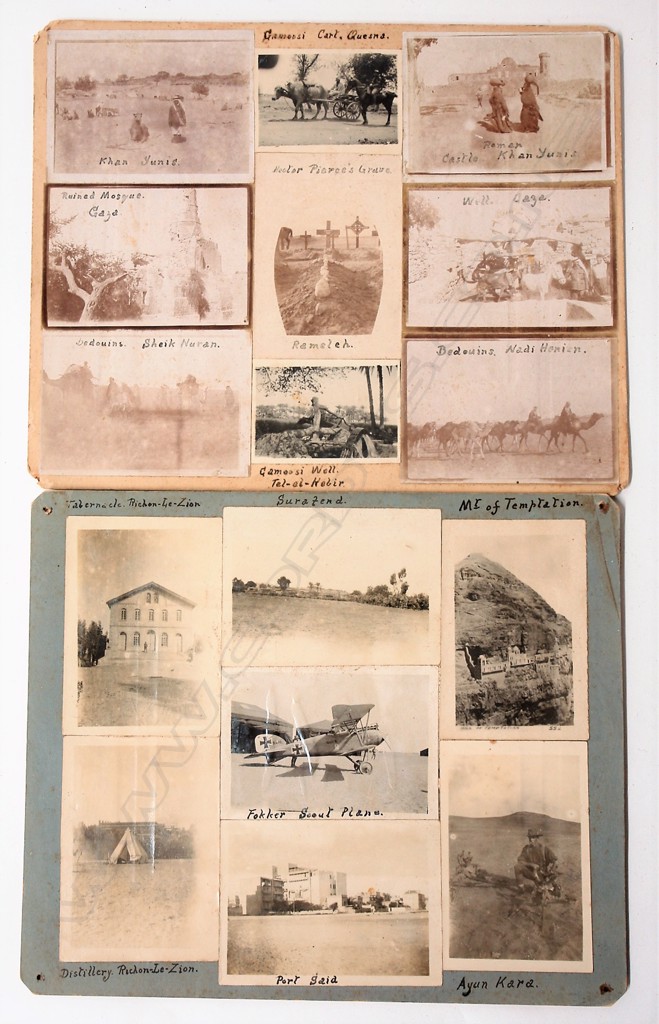 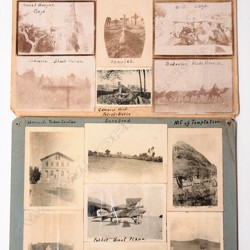 A collection of 16 photographs relating to the NZ Mounted Rifles in Palestine, including one of the few known images of the Bedouin village at Surafend, which was massacred by men of the NZ Mounted Rifles in retaliation to the killing of one of their men by a villager who was caught by the soldier trying to steal from his tent. At one stage 200 men of the NZMR were to be collectively charged with a war crime. They were found to have massacred perhaps 100 male occupants of the village. No one was charged although New Zealand was made to make a monetary settlement. Each photo entitled in ink.